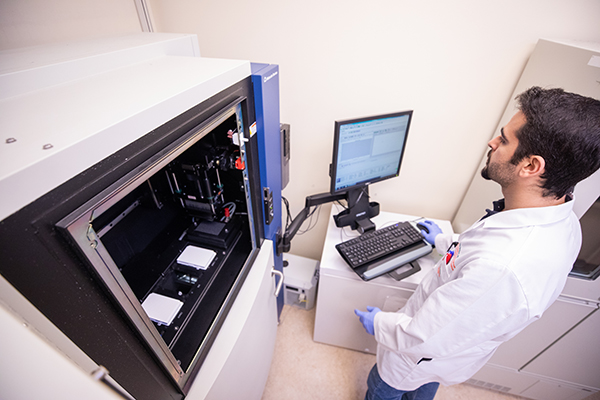 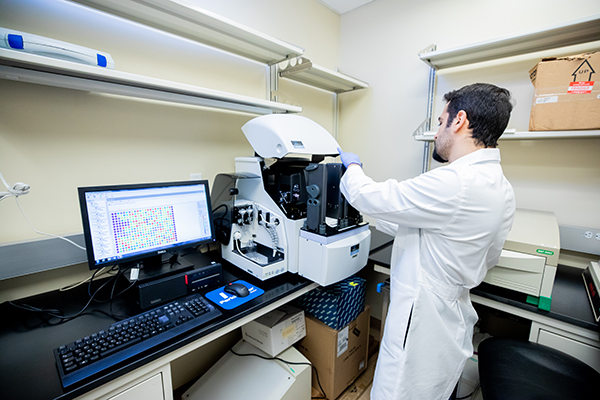 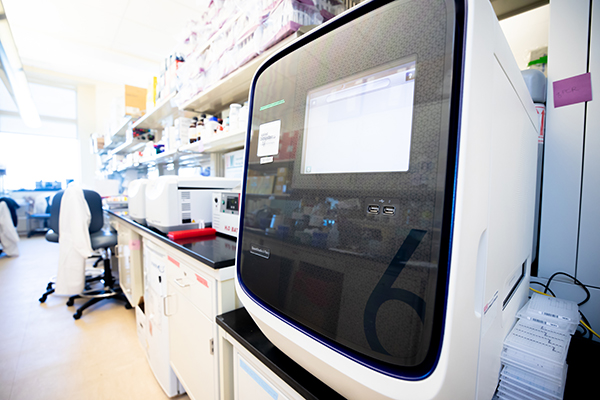 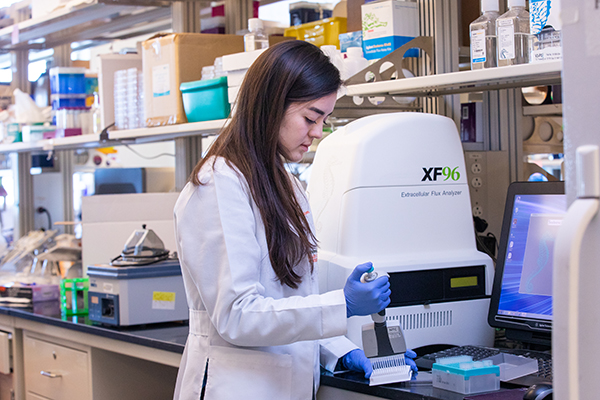 Target Evaluation
A consultation based service for anyone wishing to enter the program. Typically this will consist of several 1-on-1 meetings in order to understand the target, the disease relevance, the challenges inherent in the target class and to understand prior efforts in the area. A high number of potential projects are usually triaged at this point due to a variety of factors, including particularly that the planned project may be too early in development for drug discovery related work to be successful. Despite triage, these meetings often shed light on how to approach the question to be revisited at a later time.

Assay Development
Assay development efforts depend on access to relevant technology, to be evaluated before resuming the projects. Due to the normally high potential for failure, a time point of 3 months is an important checkpoint to force either additional resourcing or else project discontinuation.

Library Screening
This is our most popular service. We have several in house libraries that can be accessed, including the popular FDA approved cancer drug library, our custom curated epigentic compound library and a broader panel of FDA approved drugs. Users will typically look for either novel therapeutics that hold potential in their disease of interest or they seek novel compounds as tools for discovery biology. The screening process can include screening in primary patient cells, cell lines and PDX lines.

Orthogonal Assay Identification and Development
Orthogonal assays are assays where the target is the same as in the primary high throughput screening assay, but the assay technology is different. Such assays are usually higher biological complexity/relevance and also lower throughput. For example, a primary GPCR assay might identify compounds that stimulate a second messenger, while an orthogonal assay might look at downstream gene production in a primary cell. The orthogonal assay is important because a compound with a given target, generally must work in all such assays, and orthogonal assays will remove non-productive compounds from consideration.

Proof of Concept Assay Implementation
POC assays are an important step to validate the suitability of the approach. Typically a small molecule library of 1280 compounds is screened against the assay systems in order to validate that the assay is capable of identifying, and more importantly, triaging compounds. The POC assay data is also strictly necessary in grant applications seeking funding or partnering for large-scale HTS efforts.

HTS Enablement
HTS partnering is the ultimate endpoint for a number of efforts listed above. We strive to plug this assay into one of the many HTS available resources to screen libraries in the 300,000 and above range. This is also the most costly part of early drug discovery and can run $100k or more. We will work with one of our many academic or commercial partners for implementation.

Hit-To Lead-Pharmacology
Once a hit or several hit compounds are discovered in an HTS campaign, the work is just beginning. Due to the nature of the science, the hits will always be low-quality, low-potency compounds that will need to be developed to become higher potency and better drug-like molecules. This is accomplished by a process called hit-to-lead. In HTL, a compound is iteratively screened for target related and target unrelated activities in order to validate activity and drug-like parameters. The hit-to-lead process can be quick (one year) or can span several years depending on the complexity of the target system and what the compound required to become a lead candidate. At the end of the HTL process, it is expected that a molecule will be ready for investigational new drug (IND) enabling studies that will allow for FDA evaluation prior to clinical trials.

Disease Modeling
Compounds can be tested for in vivo activity in a variety of models, including particularly in cell line xenograft and patient-derrived xenograft models for cancer. The compounds will need to be dosed appropriately over a sufficient period of time. Other animal models are also possible, such as for routine toxicity assessments.

Pharmacokinetics and ADME/T
While technically part of the Hit-to-Lead process, the PK and ADME/T work is typically sent out to contract research organizations (CROs). We can work with one of our many partners to have this work performed.

NIH Grants
The ultimate goal is to achieve the funding necessary to achieve the project goals. It is our expectation that we will contribute to grant applications aimed at drug discovery and development efforts that the MTSR helped develop.

IND Enablement Support and Business Development
For an IND, an industry partner is usually required, given that the costs associated with IND enablement are quite high. We will support the projects that we’ve developed to transition into IND enablement.

Project Management
Overall project management is important to any successful small molecule identification campaign. This may sound trivial, but when there are numerous parallel ongoing efforts, it can become complicated to keep track of milestones and efforts. Should any project be resourced, we will continue project management until such a time as the project moves away from the MTSR.