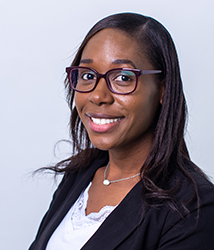 Administrator
damena.gallimorewilson@miami.edu
Damena Gallimore-Wilson, was born in Montego Bay, Jamaica, where she graduated with her merits in Food & Nutrition. Damena and her family later moved to the United States of America where she earned her Bachelor’s Degree in Business Administration from Keiser University, Ft. Lauderdale, Florida. Damena is an administrator extraordinaire, keeper of all birthdays, and has several other important functions for overall lab sanity. Chief among these is routinely extricating Drs. Pillai and team from the administrative snafus though routinely get pulled into. When she's not busy doing that, Damena can be found cooking in her kitchen or running in a 5k event. She has a very cute infant son who is likely a future presidential candidate (lab vote). 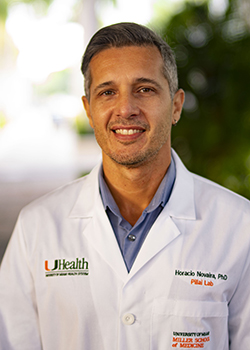 Horacio was born in Argentina and graduated as a Biochemist from the National University of Misiones (UNaM). Horacio obtained his PhD degree in 2006 at the Federal University of Rio de Janeiro, Brazil; and completed his postdoc in the team of Dr. Radovick, in the Department of Pediatric Endocrinology at the Johns Hopkins School of Medicine. In December of 2018, Horacio joined Dr Pillai lab and he is currently transitioning to the Immunology field where he is studying immune regulatory populations in mice and their role in bone marrow transplantation tolerance. When not in the lab, Horacio is passionate about working out, eating healthy, enjoys running on the beach and likes to travel and spend time with friends. 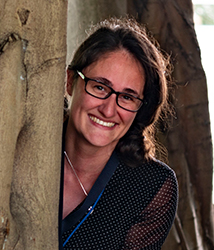 Assistant Scientist
Lab Co-Manager
anouk.hamers@miami.edu
Originally from Tilburg, the Netherlands, Anouk received her M.S from the UMC St. Radboud University and her PhD from the lab of Prof. Dr. CJM de Vries at the University of Amsterdam, where she studied the role of nuclear receptor Nur77 in inflammation. She started a post-doc on nano-delivery of drugs to the atherosclerotic plaque with Prof. Dr. ESG Stroes and, after enduring too much rain in the Netherlands, Anouk moved to sunny San Diego for to complete a post-doc at the La Jolla Institute for Allergy & Immunology with Prof. CC Hedrick. During this time, she studied human monocyte diversity and developed expertise in CyTOF mass cytometry. Anouk drove herself across country to sunny Miami to join the Pillai group, where she is a local flow and mass cytometry expert and mentor to several students. Her projects focus on novel innate immune populations in mice and humans and the molecular and cellular elucidation of novel innate immune signaling pathways with direct immunotherapeutic potential. When Anouk is not in the lab, as an avid diver she quite frequently disappears into the depths of the South Florida ocean, or can be found beer-tasting at a local brewery. 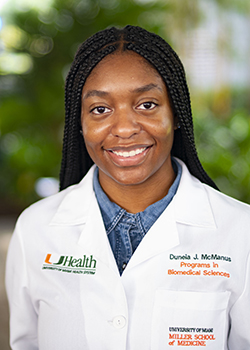 PhD Candidate
Program in Biological Sciences
DXM1064@miami.edu
Duneia obtained her BS in Biological Sciences from the University of Maryland, College Parkand then attended the Virginia Polytechnic and State University under the NIH-funded Post-baccalaureate Research and Education Program. Wanting some fun in the sun, Duneia migrated south to Miami where she joined  UM’s Program in Biomedical Sciences (PIBS). Within the Pillai Lab, her research interests include elucidating the role of innate immunity in maintaining adaptive immune regulation and translating these to develop novel methods for expansion of both murine and human natural regulatory T cell populations using specific antigen presenting cells in murine models. In her spare time, she’s an avid dancer (ballet, tap, jazz, and hip hop) and shopper. 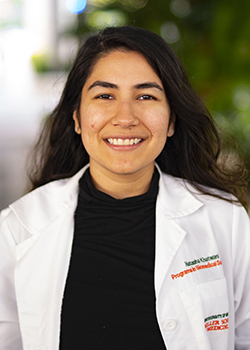 Graduate Student
Cancer Biology Graduate Program
nkk20@med.miami.edu
Natasha hails from Belize City, Belize. She obtained her BS in Investigative and Medical Sciences from Saint Louis University, where she worked as an undergraduate research assistant in a cancer biology laboratory and also tutored and mentored fellow undergraduates in pre-medical coursework. After joining UM to pursue her PhD studies in Cancer Biology, her growing interest in cancer immunology led her to join the Pillai Lab. Her projects focus on delineating the mechanisms of cancer immune evasion in order to discover potential targetable pathways of innate immune-cell driven immunotherapy. During her spare time, you can find Natasha at the movie theatre or binge-watching Netflix!

MD Candidate
jamieclarke@med.miami.edu
Jamie grew up in Chicago, IL and relocated to Los Angeles, CA where she obtained her BS in Human Biology, with minors in Spanish and Healthcare Studies, and an MS in Global Medicine from the University of Southern California (USC). At USC, Jamie was actively involved in neuroendocrine research, peer tutoring in the sciences, and the USC Juggling Club (which she founded). She relocated to Miami as a medical student in the Oncology and Related Health Disparities Pathway Program of the Sylvester Comprehensive Cancer Center. After starting medical school, she became fascinated by pediatrics, cancer, and immune signaling mechanisms, which led her to join the Pillai Lab. Her projects focus on specific innate immune pathways in humans which have direct relevance to cancer immunotherapy. During her free time, Jamie enjoys visiting the beach, playing guitar, and juggling. 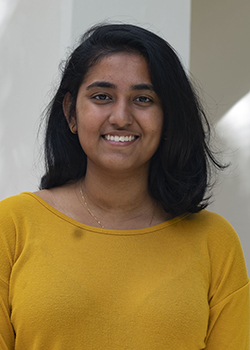 Undergraduate Student
mxd1159@miami.edu
Meghana is a South Florida native and is currently completing her BS majoring in Biochemistry and Nutrition with minors and an honors thesis in Microbiology and Immunology and Public Health. Within the Pillai lab, she is focusing on augmenting the cytotoxicity of iNKT cells through STAT3 phosphorylation. When not studying or in the lab, she loves to find new brunch spots and go to the beach. 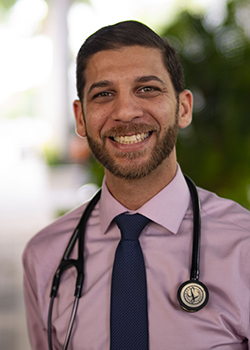 Hani hails from Kuwait and obtained his bachelor’s degree in Medicine and General Surgery and practiced medicine in Egypt. After exploring the great pyramids, the Sphynx, and other Egyptian antiquities, he moved to Washington, D.C. to the Pediatric Pulmonary Department at Children’s National Medical Center, where he pursued his passion in Cystic Fibrosis (CF) research. He also received the Metro D.C. Finest Award of the Cystic Fibrosis Foundation. He is currently a pediatric pulmonary fellow at Holtz Children’s Hospital/University of Miami, where he continues to provide clinical care for CF, asthma, and sleep medicine patients. He is an advisory board member for the Cystic Fibrosis Florida Chapter. Hani recently joined the Pillai lab team to hone his research skills and pursue his interests in immune alterations in CF and in GVHD in lung transplant. When he is not seeing patients or in the lab, he can be found mountain climbing, running, or scuba diving the beautiful reefs around South Florida. 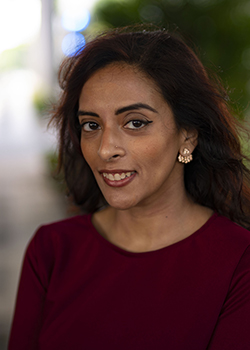 Medicine-Pediatrics Resident
anjali.chandra@jhsmiami.org
Anjali grew up in Wichita, KS before attending University of Rochester where she obtained a BS in Biochemistry and BA in Public Health. She then joined Teach for America and taught biology and chemistry for adjudicated and foster care youth, where she was selected as the New York Sue Lehman Teacher of the year. Anjali obtained a MD from Warren Alpert Medical School of Brown University, where she was selected for the Gold Humanism Award.  Anjali joined the UM/ Jackson Med-Peds program because of its dedication to the underserved community. Anjali’s prior research at Brown focused on neurobehavioral studies. After joining UM, she developed an interest in Quality Improvement in specific aspects of patient care and trainee education, her current active research areas in the Pillai group.
Coronavirus - COVID19

Stay Informed on the Latest Updates ... >>