Low sperm count – known as oligospermia – occurs when a man’s semen (fluid ejaculated from the penis) contains fewer sperm than is typical. A man is considered to have low sperm count if he has fewer than 15 million sperm per millimeter of semen. Having a low sperm count does not necessarily mean that a man will not be able to impregnate a woman, but it may make it more difficult.

Factors that may contribute to a low sperm count are:

Symptoms of a low sperm count include:

A man’s sperm may be considered to be in “poor health” or abnormal for two main reasons: an unusually short life span and/or low motility (difficulty “swimming”).

Poor sperm health may be caused by a variety of factors, including:

Intracytoplasmic Sperm Injection
Intracytoplasmic sperm injection is a procedure used in cases of male infertility or unexplained infertility. A single sperm cell is isolated and injected into a mature egg on the day of retrieval using microsurgical instruments. The eggs are checked the following day for evidence of normal fertilization, followed by an embryo transfer.

In-Vitro Fertilization (IVF)
IVF refers to the creation of embryos in a laboratory setting by placing sperm and eggs in a culture dish, and then transferring them to the uterus.

Low-Dose Stimulation IVF (Natural IVF)
In some cases, you may be a candidate to undergo non-stimulated or low-dose stimulation IVF, which is an alternative to traditional IVF cycles that require a larger dose of medication.

Assisted Hatching*
Assisted hatching is a procedure performed in certain cases on embryos before implantation to enhance the potential of the embryo to establish pregnancy. It is a laboratory procedure that involves the creation of an artificial opening in the zona pellucida (the glycoprotein coating or “shell” surrounding the embryo), allowing it to “hatch” or break out from the zona pellucida so it can successfully attach itself to the uterine lining. Assisted hatching is only used in specific instances including a thick zona pellucida or prior multiple IVF failures. In these cases, assisted hatching can improve the rate of embryo implantation and successful pregnancy.

Intrauterine Insemination (IUI)
IUI, also known as artificial insemination – is a simple, lower cost fertility treatment that can be highly effective, especially when combined with fertility drugs, such as Clomid or injectable FSH medication. This procedure works by identifying the most motile (quality) sperm from a semen sample. Prepared sperm are placed directly into the uterus through a thin catheter (tube), bypassing the cervix.

IUI is used when a semen analysis shows the male partner is sub-fertile, if they have ejaculatory problems, or when the woman has decreased or absent cervical mucus. This procedure can be performed with donor sperm in the absence of a partner or if the man is infertile. IUI is an in-office procedure.

Physical Examination
A complete physical examination (including testing for infection) will be necessary.

Medical and Sexual History
Your doctor evaluates all possible physical causes of infertility and if sexual intercourse has been appropriately timed.

*This procedure is considered experimental by the American Society for Reproductive Medicine. 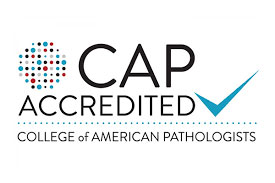 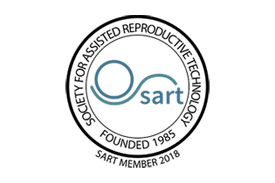 A comprehensive approach to fertility. Our closely-knit team of experienced professionals – including female and male fertility specialists, acupuncturists, and physicians with special expertise in polycystic ovarian syndrome (PCOS), thyroid disorders, endometriosis, and hormonal imbalances – work together to ensure the health of you and your baby.

High pregnancy rates. We have some of the highest pregnancy rates in not only South Florida, but in the entire United States. Our success stories include even the most challenging cases.

Academic medical center expertise. Faculty members at the Miller School of Medicine, a nationally recognized institution, currently conduct nearly 2,000 research projects in science and clinical care in a variety of fields. Our emphasis on research and innovation ensures you receive the most sophisticated diagnostic tests and advanced fertility treatments available.