Storyteller Will Help Sylvester Write Next Chapter in Hematology

Storyteller Will Help Sylvester Write Next Chapter in Hematology 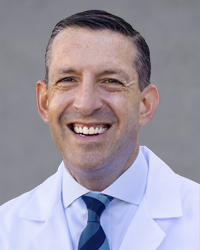 Mikkael Sekeres, M.D., M.S., cannot recall a time when he didn’t want to be a physician. As a child who liked to solve problems and fix things, he understood his calling was to help people through medicine. But it was an unusual choice in a family of English majors.

“I come from a family of storytellers, so I’m the first doctor,” Dr. Sekeres said. “But I tell people that there are many similarities between the two fields. Medicine is actually a form of storytelling.”

He has used the power of storytelling for years, both as a world-renowned leukemia specialist and as a book author and essayist for The New York Times. In both arenas he demonstrates a compassion for the sick as well as a deep admiration for his patients’ courage and resolve.

In July it was announced that Dr. Sekeres would join Sylvester Comprehensive Cancer Center's team as the new physician liaison in hematology and chief of the Division of Hematology in the Department of Medicine the University of Miami Miller School of Medicine. After an extensive national search, he emerged as the top candidate because of “his deep knowledge of academic hematology, his experience with the tripartite mission of research, clinical care and medical education, and his record of driving growth and innovation,” according to the search committee’s announcement issued by Stephen D. Nimer, M.D., director of Sylvester, and Roy E. Weiss, M.D., Ph.D., chair of the Department of Medicine.

“He brings such dynamic energy plus a renowned expertise in hematologic malignancies to his leadership role. I know he will be a motivating force for excellence and innovation, as well as an inspirational mentor for our faculty” Dr. Nimer said.

Dr. Sekeres’ medical accomplishments are formidable. As an expert in myeloid malignancies in adults, he has spent the past 20 years studying the characteristics and treatments of MDS, taking part in 60 clinical trials and serving as primary investigator for several Phase 1 and Phase 2 trials. In 2012, he played a pivotal role in landing the largest single award given to MDS clinical research — a $16 million grant over five years donated by the Aplastic Anemia & MDS Foundation and the Edward P. Evans Foundation.

He has published more than 350 articles and 600 abstracts in leading medical journals and serves on several editorial boards and committees. He is also author of seven books, including When Blood Breaks Down: Life Lessons from Leukemia, released in 2020 by the MIT Press.

“As physicians caring for patients with life-threatening diseases it’s important that physicians are able to communicate with our patients and even more so here at UHealth and the Miller School of Medicine, where we are training the next generation of leaders in health care,” said Dr. Weiss.

Dr. Sekeres earned a medical degree and a master’s degree in clinical epidemiology from the University of Pennsylvania School of Medicine. He decided to specialize in hematology while at Harvard University, during his internal medicine residency at Massachusetts General Hospital.

He went on to complete a fellowship in hematology-oncology at the Dana-Farber Cancer Institute in Boston.