Novel Therapeutics in Lymphoma and other Cancers 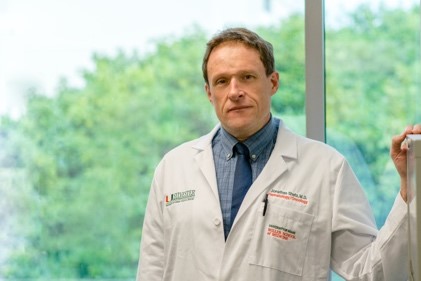 Principal Investigator
jschatz@med.miami.edu
Dr. Schatz graduated from the University of Wisconsin-Madison and subsequently attended the University of Chicago Pritzker School of Medicine, graduating in 2004. He completed internship and residency in internal medicine at the University of Chicago Hospitals and then moved on to fellowship in hematology-oncology at the Memorial Sloan-Kettering Cancer Center in New York. As a fellow, he became interested in mechanisms of resistance to targeted cancer therapies and pursued career as a laboratory-based physician scientist. His initial faculty appointment was to the Clinical and Translational Sciences Institute and Department of Medicine at the University of Arizona, where he established his laboratory before moving in 2015 to the University of Miami Miller School of Medicine. He is currently an associate professor in the Department of Medicine and an active member of the Sylvester Comprehensive Cancer Center. Clinically, he sees patients with Hodgkin and non-Hodgkin lymphomas, with a focus on the mature T-cell lymphomas. His laboratory continues to study treatment resistance mechanisms and has developed an active focus on discovery and development of novel cancer therapies. He lives with his family in Coconut Grove and enjoys outdoor sports, including annual participation in the Dolphins Cancer Challenge Hurricanes 100 fundraising bicycle ride that supports research activities at Sylvester. 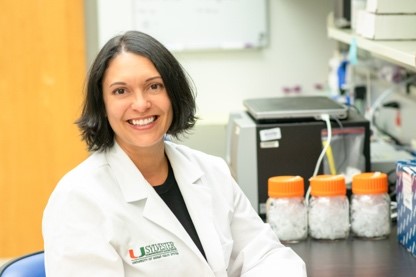 Mercedes F. Kweh received her Bachelor of Science degree in biology from the University of Miami. She later attended the University of Florida, where she completed both her master and doctoral degrees in immunology and molecular biology. Her primary research interest is in the development of novel molecular therapies via the concept of individualized medicine. Currently, her research focus is in the field of hematology/oncology and the development of novel therapeutics to target non-Hodgkin’s lymphoma. Dr. Kweh’s goal for the next 2-5 years is to use molecular techniques such as CRISPR/Cas9 technology, molecular cloning, immunohistochemistry, quantitative PCR in conjunction with bioinformatics to develop new therapies for the treatment of non-Hodgkin’s lymphoma.

In her spare time, Mercedes enjoys riding tandem bikes on the beach with her husband Frederick and their son Ethan, exploring national parks and fishing with her family. 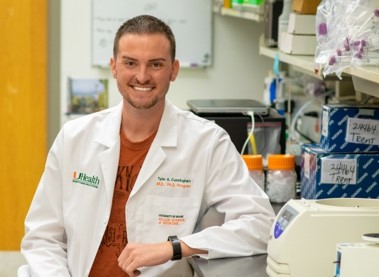 Tyler Cunningham is a third year MD/PhD student currently pursuing his PhD in Molecular and Cellular Pharmacology. After graduating with a degree in chemistry from the University of Florida, Tyler worked as a research fellow at the National Institutes of Health. Under the direction of Ira Pastan at the National Cancer Institute, Tyler studied recombinant immunotoxins as a therapy for acute lymphoblastic leukemia. Tyler's research interests include drug development for cancer and assessing drug mechanisms of action and resistance.

Upon completion of his PhD, Tyler will return to medical school and intends on completing an internal medicine residency. In his spare time, he enjoys running on the beach and bonding with his Siberian husky. 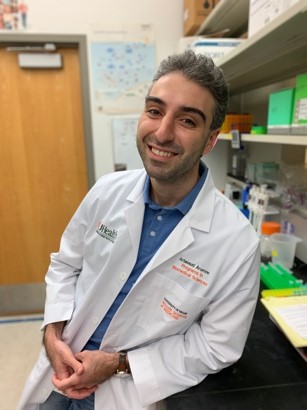 PhD Student
Artavazd Arumov is currently pursuing his Ph.D in Cancer Biology. After graduating from St. Francis College in New York City, Artavazd began conducting clinical research at Memorial Sloan Kettering Cancer Center. At MSKCC, he was primarily involved with Phase I/II hormone and endocrine clinical trials. Since arriving in Miami, Artavazd has joined the Schatz Lab, where he is focusing on the development of novel therapeutic approaches within various lymphoma subtypes. Through effective pre-clinical models that overcome treatment resistant mechanisms, he hopes his research will ultimately make an impact in the clinic. When he’s not crazily rooting for the NY Giants and Knicks, or cooped up playing Pokémon, you can find Artavazd on a basketball court or out running around. 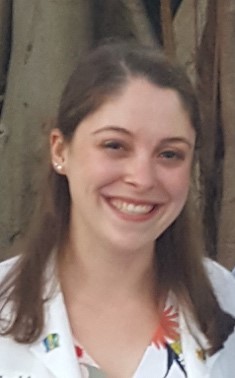 Caroline is an MD/PhD candidate from Chelmsford MA, and she completed her B.S. at Simmons College in Boston where she majored in Neuroscience and Behavior.

Her research interests include lymphoma biology and genetics and she has done previous research in Diffuse Large B cell Lymphoma at the Dana Farber Cancer Institute. In her free time, Caroline likes to run, go to the beach and watch the Red Sox. 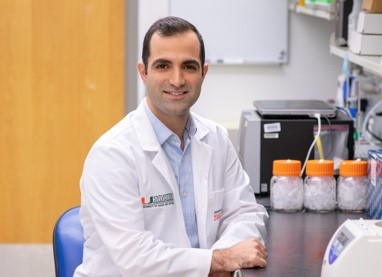 Hospitalist
After finishing  medical school at the University of Aleppo, Asaad left Syria to do his residency in Internal Medicine at Mount Sinai Medical Center in Miami beach. During residency he enjoyed conducting clinical research focusing on checkpoint inhibitors, predictors of response, lung cancer molecular aberrations and other areas of clinical Hematology/oncology. After finishing his training in Internal Medicine he started his career as an Internal Medicine physician at the University of Miami in Sylvester Comprehensive Cancer Center. His  work is split between his clinical duties caring for patients with hematologic malignancies and research at the Schatz Lab. Currently he works in exploring oncogenic pathways in diffuse large B cell lymphoma and finding new therapeutic methods to exploit the immune system ability to kill malignant cells.

Fun fact:  enjoys soccer and Mediterranean food, but not cooking it!
Coronavirus - COVID19

Stay Informed on the Latest Updates ... >>